Thomas Ransome married Dinah Miles in 1780 in Great Bircham,Norfolk but we don't have his birth or his death. They had six children and their great granddaughter was Mahalah Ransome, Sally's great grandmother.

In 1875 Mahalah, the daughter of an ag lab, married James Edward Softley, also an ag lab, in Dersingham. Both her father and husband became farm bailiffs. 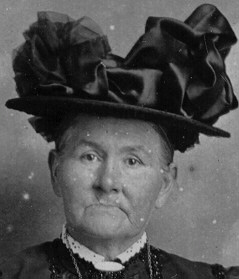